that China tours draw tourists from Canada and all over the globe. From the well-kept treasures

of Chinese history to the vibrant ​​ modern Chinese culture, China tour packages can offer a little something for everybody. 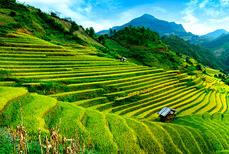 Officially known as the Kingdom of Cambodia, is a country located in the southern portion of the Indochina Peninsula in Southeast Asia. It is 181,035 square kilometres in area, bordered by Thailand to the northwest, Laos to the northeast, Vietnam to the east, and the Gulf of Thailand to the southwest.

India is a large South Asian nation that occupies a subcontinent jutting out into the Indian Ocean. India is the world’s second most populous nation (after China). It shares its northern border with Pakistan, China, Bhutan, Nepal, Bangladesh and Myanmar. The long history of civilization on the Indian subcontinent has given rise to a vibrant culture and many beautiful sites for travellers to explore. India tour packages include visits to the country’s busiest modern metropolises, most sublime natural wonders and greatest historical treasures.

Thailand is a country in the heart of Southeast Asia that shares borders with Burma, Laos, Cambodia and Malaysia. Thailand’s built history, vibrant culture, delicious food and beautiful beaches make it one of the most popular tourist destinations in the world. Thailand tour packages include visits to incredible monuments, gorgeous beaches, lively cities and elephant training facilities. 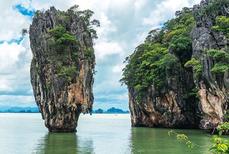 China is a large nation in eastern Asia, west of the Pacific Ocean. With 9.6 million square kilometers

world’s earliest civilizations, with a ​​ history of over 5,000 years. With so much to offer, it’s no wonder ​

Vietnam officially the Socialist Republic of Vietnam, is the easternmost country on the Indochina Peninsula in Southeast Asia. With an estimated 94.6 million inhabitants as of 2016, it is the world's 14th-most-populous country, and the ninth-most-populous Asian country.

Vietnam is rapidly developing but holds onto the charming traditions and culture which make it such a fascinating holiday destination.  History has left its mark on Vietnam by way of Chinese, French and American influence. 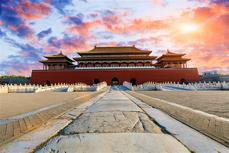 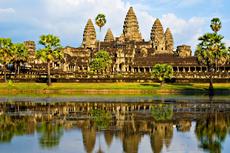 ​From laid-back beaches and lush jungles to ancient structures and pristine mountains, Cambodia is a land waiting to be rediscovered. Cambodia is much more than temples. The history of Cambodia is both inspiring and sobering, uplifting and heartbreaking.​

Looking to get the most of your Asia travel experience? Chinapac’s Destination pages allow you to explore and learn about beautiful sights you will see, to get a sense of the awesome scope of culture and history — a sure way to whet your appetite for an travel experience.

With a total area of approximately 513,000 km2, Thailand is the world's 50th-largest country. It is the 20th-most-populous country in the world, with around 69 million people. 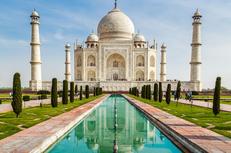