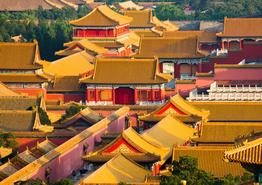 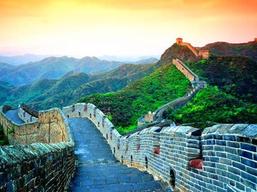 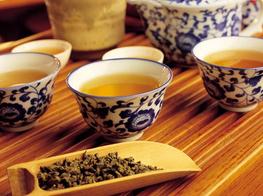 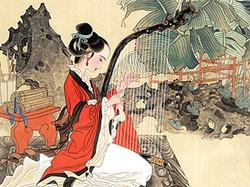 Chinese culture is one of the world's oldest cultures, tracing back to

thousands of years ago. The area in which the culture is dominant

covers a large geographical region in eastern Asia with customs and

traditions varying greatly between provinces, cities, and even towns

​There are 56 officially labelled ethnic groups in China. In terms of numbers however, Han Chinese is by far the largest group. Throughout history, many groups have merged into neighboring ethnicities or disappeared. At the same time, many within the Han identity have maintained distinct linguistic and regional cultural traditions. The term Zhonghua Minzu (Chinese: 中华民族) has been used to describe the notion of Chinese nationalism in general.

​Since the Three Sovereigns and Five Emperors period, some form of Chinese monarch has been the main ruler above all. Different periods of history have different names for the various positions within society. Conceptually each imperial or feudal period is similar, with the government and military officials ranking high in the hierarchy, and the rest of the population under regular Chinese law. From the late Zhou Dynasty (1046–256 BCE) onwards, traditional Chinese society was organized into a hierarchic system of socio-economic classes known as the four occupations.

​Chinese religion was originally oriented to worshipping the supreme god Shang Di during the Xia and Shang dynasties, with the king and diviners acting as priests and using oracle bones. The Zhou dynasty oriented it to worshipping the broader concept of heaven. A large part of Chinese culture is based on the notion that a spiritual world exists. Countless methods of divination have helped answer questions, even serving as an alternate to medicine. Folklores have helped fill the gap for things that cannot be explained. There is often a blurred line between myth, religion and unexplained phenomenon.

The Zhou dynasty is often regarded as the touchstone of Chinese cultural development. Concepts covered within the Chinese classic texts present a wide range of subjects including poetry, astrology, astronomy, calendar, constellations and many others. Some of the most important early texts include the I Ching and the Shujing within the Four Books and Five Classics. Many Chinese concepts such as Yin and Yang, Qi, Four Pillars of Destiny in relation to heaven and earth were theorized in the pre-imperial periods.

Music and dance were closely associated in the very early periods of China. The music of China dates back to the dawn of Chinese civilization with documents and artifacts providing evidence of a well-developed musical culture as early as the Zhou Dynasty (1122 BCE - 256 BCE). The earliest music of the Zhou Dynasty recorded in ancient Chinese texts includes the ritual music called yayue and each piece may be associated with a dance. Some of the oldest written music dates back to Confucius's time. The first major

well-documented flowering of Chinese music was exemplified through

the popularization of the qin (plucked instrument with seven strings)

during the Tang Dynasty, although the instrument is known to have

played a major role before the Han Dynasty.

Different forms of art have swayed under the influence of great teachers,

encompasses all facets of fine art, folk art and performance art. Porcelain pottery was one of the first forms of art in the Palaeolithic period. Early Chinese music and poetry was influenced by the Book of Songs, and the Chinese poet and statesman Qu Yuan.
Chinese painting became a highly appreciated art in court circles encompassing a wide variety of Shan shui with specialized styles such as Ming Dynasty painting. Early Chinese music was based on percussion instruments, which later gave away to stringed and reed instruments. By the Han dynasty papercutting became a new art form after the invention of paper. Chinese opera would also be introduced and branched regionally in addition to other performance formats such as variety arts.

​China is one of the main birth places of Eastern martial arts. Chinese martial arts are collectively given the name Kung Fu or Wushu ("martial arts" or "military arts"). China also includes the home to the well-respected Shaolin Monastery and Wudang Mountains. The first generation of art started more for the purpose of survival and warfare than art. Over time, some art forms have branched off, while others have retained a distinct Chinese flavor. Regardless, China has produced some of the most renowned martial artists including Wong Fei Hung and many others. The arts have also co-existed with a variety of weapons including the more standard 18 arms. Legendary and controversial moves like Dim Makare also praised and talked about within the culture. Martial arts schools also teach the art of lion dance, which has evolved from a pugilistic display of Kung Fu to an entertaining dance performance.

​Different social classes in different eras boast different fashion trends, the color yellow or red was usually reserved for the emperor during China's Imperial era. China's fashion history covers hundreds of years with some of the most colorful and diverse arrangements. During the Qing Dynasty, China's last imperial dynasty, a dramatic shift of clothing occurred, examples of which include the cheongsam (or qipao in Mandarin). The clothing of the era before the Qing Dynasty is referred to as Hanfu or traditional Han Chinese

clothing. Many symbols such as phoenix have been used for

decorative as well as economic purposes.

​Chinese architecture, examples for which can be found from more

than 2,000 years ago, is almost as old as Chinese civilization and

has long been an important hallmark of Chinese culture. There are

certain features common to Chinese architecture, regardless of

specific regions, different provinces or use. The most important is its emphasis on width, such as the wide halls of the Forbidden City serve as an example. In contrast, Western architecture tends to emphasize height (though exceptions such as pagodas in Eastern architecture also focus on height).

​The overwhelmingly large variety of Chinese cuisine comes mainly from the practice of dynastic period, when emperors would host banquets with over 100 dishes per meal. A countless number of imperial kitchen staff and concubines were involved in the food preparation process. Over time, many dishes became part of the everyday-citizen culture. Some of the highest quality restaurants with recipes close to the dynastic periods include Fangshan restaurant in Beihai Park Beijing and the Oriole Pavilion. Arguably all branches of Hong Kong eastern style are in some ways rooted from the original dynastic cuisines.

​​A number of games and pastimes are popular within Chinese culture. The most common game is Mah Jong. The same pieces are used for other styled games such as Shanghai Solitaire. Others include pai gow, pai gow poker and other bone domino games. Weiqi and xiangqi are also popular. Ethnic games like Chinese yo-yo are also part of the culture where it is performed during social events. Qigong pronounced (Chi Kung) is the practice of spiritual, physical, and medical techniques. It is as a form of exercise and although it is commonly used among the elderly, any one of any age can practice it during their free time. With its combination of physical flexibility and movement, breathing technique, and constant state of focus and mediation, it has also been a way to cleanse and heal the body and helps get in touch with your inner-self. Qigong has continuous rhythmic movements that help reduce stress and build stamina as well as to improve certain functions of our body such as cardiovascular and digestive.​​