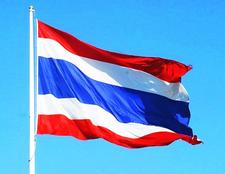 vibrant culture, delicious food and beautiful beaches make it one of the

most popular tourist destinations in the world. Thailand tour packages

With a total area of approximately 513,000 km2 (198,000 sq mi), Thailand is the world's 50th-largest country. It is the 20th-most-populous country in the world, with around 69 million people. The Thai economy is the world's 20th largest by GDP at PPP and the 27th largest by nominal GDP. It became a newly industrialised country and a major exporter in the 1990s. Manufacturing, agriculture, and tourism are leading sectors of the economy. It is considered a middle power in the region and around the world.

Unlike nearby countries, Thailand has maintained a constitutional monarchy with Thai king, Rama IX, ruling since 1946. Compared to the rest of the region, Thailand’s politics have remained relatively stable throughout the 20th century, making it a great tourist destination since the 1960s.

The "Kingdom of Thailand" is the official English name of the country.