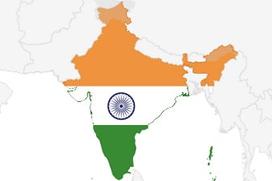 Inida: What you need to know

What’s the weather like in India?
India has three major seasons: summer, winter and monsoon.

Summer months are from March to June when the weather is

very hot and humid. Canadians visiting during this period

might want to stick to the cool hills. Winter, from October to

February, is the best time to visit India. Temperatures are

cooler throughout the country with dry weather in the north

and minimal rainfall in the south. Winter months also coincide

with many of India’s traditional events and festivals, not to

mention exciting wedding celebrations. The monsoon (rainy) season starts in July and ends around September. In this season, expect heavy rainfall across the country. Some roads flood during heavy rains, and travellers may have difficulty getting around.

When should I travel to India?
The best months to visit India are during the winter season, when the weather is cool and dry in the north and pleasantly warm in the south. This period is typically between October and February, which also coincides with many traditional Indian events such as Diwali and Pushkar Fair (October – November), Lohri (January) and Holi (March). It is also the season for Indian wedding celebrations.

Will I have Internet access?
Yes! Internet kiosks are common throughout Indian cities and are typically very cheap (Rs. 10-20 per hour). Hotels are likely to offer Internet service. You can also find Internet at many shops in the city. Regardless of where you are, practice caution when using public or shared Internet connections and computers. Avoid using your credit card for online transactions especially if using a public Internet connection.

What can I buy in India?
Shopping in India is a wonderful experience. On your India tour, you’ll have a chance to shop for arts and crafts such as fabrics, carpets, silks, spices, jewelries, handicrafts and more, made by world-renowned craftspeople.

Can I bargain in India?
In India, rare and authentic items are sold at reasonable price and, more often than not, vendors are open to bargaining, especially in street markets and bazaars. Feel free to check the Internet for the price of an item so you will have an idea of what is reasonable. Keep bargaining a fun experience, both for you and the vendor. You’ll have a better time with laughter and a good sense of humor. Don’t try to rip off vendors, never lose your temper and do not humiliate the other person to get a better deal.

Can I use foreign currency in India?
In many places, yes. You can pay hotel dues, air fare and concessional tickets in foreign currency using cash, traveler’s cheques or a credit card. For current exchange rate, please click here.

Are ATMs available in India?
ATMs are available in most cities and accept most major international cards. Note that some ATMs are programmed to provide only 10,000 rupees per transaction.

Can I pay with credit cards, or should I bring cash?
Credit cards are accepted in hotels, most major banks and big retail stores. Cash is used for transactions in small and family-run businesses and outdoor markets. We recommend that you keep a moderate amount of cash on hand, as it is the prevalent payment method.

What will I eat on my India tour?
Indian food is known for its full flavor and strong aroma. It combines many spices, and has a reputation for being hot, though the degree of spiciness varies. Indian dishes are often paired with rice (in South India) or Naan (in North India).

Many Indians practice vegetarianism, mostly for religious reasons, so most menus feature many meatless dishes. Because of large Hindu and Muslim populations, you will not find beef or pork in most establishments. The most common meats are chicken and, in the coastal regions, fish.

Can I drink the water?
Tap water and ice are not recommended unless you are in a well-established restaurant or hotel. Bottled water is available for hydration. Avoid eating uncooked vegetables and fruit that has been previously peeled.

What languages are spoken in India?
India is a large and culturally diverse country. Hindi is the official language of India, but many local languages and dialects are used in different regions. Since many states do not use Hindi, English is used for many official communications. Most schools teach English as a mandatory second language, and India has the second largest population of English speakers in the world.

How should I dress on my India tour?
Indians generally dress conservatively, revealing little skin. You should dress to cover as much skin as possible. Men and women should never wear clothes that bare their shoulders. Women should wear clothes that are slightly baggy and do not emphasize body shape. This is less of an issue in India’s modern cities, but be warned: wearing scanty western outfits will result in plenty of unwanted stares and attention.

How much do I tip on my India tour?
10–15% tips are usually given in restaurants if a service charge is not already added to the bill. Tips are usually given to hired drivers at about Rs. 50–100 a day. Local transportation drivers do not necessary need to be given tip although it will be appreciated. Porters at rail stations or airports are usually tipped Rs. 5–10 per piece of luggage. If you receive accommodation at someone’s house, ask your host before giving gratuities to their domestic help.

What is the currency in India?
The currency in India is called the Indian Rupee, abbreviated Rs. (Re. for singular). Rupees come in denominations of 5, 10, 20, 50, 100 and 500 bills. 1 rupee is equivalent to 100 Paise. 1 US dollar is approximately 62 rupees. For current rates, please click this link.

It is theoretically illegal to bring rupees exchanged overseas into the country. To avoid problems, exchange your currency at the airport or banks when you arrive. Exchange receipts may be asked for at customs, so always keep your official exchange slips. Also, try to spend or get rid of any spare rupees before exiting the country.

How should I travel between cities in India?
Because India is a huge country, air transportation is recommended for travel between distant cities. This method is the fastest and most convenient. India has more than 20 international airports (mainly in Delhi and Mumbai) and several domestic airports.

Train transportation is also commonly used for long-distance travel in India. India has a large railway network within the country, which extends into Nepal, Bangladesh and Pakistan.

How should I travel within in cities on my India tour?
Urban metro services are extremely limited and operate only in Mumbai, Kolkata, Chennai and Delhi. Buses are the cheapest mode of local transport. Most Indian cities have a well-developed system of bus services, largely as a result of government initiatives to reduce pollution. Taxis cost more than buses. They can always be hired right off the roads, though radio cabs have been introduced in some cities.

Rickshaws are popular short-distance transportation, and quite cheap. Auto rickshaws are three-wheeled vehicles with no doors or seatbelts. They can accommodate up to three passengers. They usually go by the meter, but sometimes you may negotiate the fare before embarking. Cycle rickshaws are similar, but powered by the driver’s feet. Fares must be negotiated in advance.