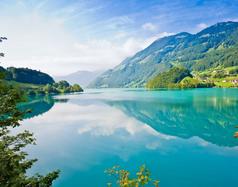 Vietnam When to Go

Seasons
Vietnam’s northern climate has four seasons which are influenced

by the monsoon from the south and colder weather patterns from

the north. South Vietnam has a tropical monsoon climate that it

shares with mainland Southeast Asia divided between a wet

season and a dry season. The dry season lasts from November to

April and the wet season is from May to October.

Weather
North Vietnam’s winter is influenced by the north-eastern monsoon from October to March. North Vietnam’s cold winter season lasts for approximately two months from December to January with very cool temperatures and high humidity and some rain. Its spring-like warm season lasts from February to April and hosts an abundance of sun and high humidity. The hot season comes during the months of May to August with plenty of sun and heat but some afternoon rain showers. The pleasant autumn-like season occurs from the months of September to November with low humidity and balmy sunny weather. The central region has a stormy season during this time of the year.

During the dry season in the southern areas of Vietnam one can expect warm tropical weather with occasional afternoon showers which last for an hour or two. During the wet and rainy season heavy rain showers can be expected in the afternoon with sun in the mornings. More steady rain can be expected in upper mountainous areas in the south as well as cooler temperatures.

Additional Remarks
Because of Vietnam’s diverse weather and climate it is best to double check the expected weather for the different climate zones before travelling or making plans. July to November can experience rough weather in the central coastal provinces where occasional typhoons make landfall so it’s best to avoid these areas at these times if possible.

What to Bring
Walking shoes for exploring Vietnam’s numerous natural wonders and attractions is a must regardless of the weather. Warm clothes for the north and mountainous areas throughout the country are also highly recommended, especially in the cooler months. Light clothes for the beaches and lowland areas of the south and a jacket for air-conditioned transfers is recommended.