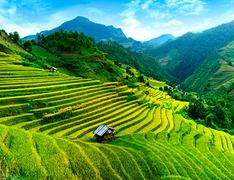 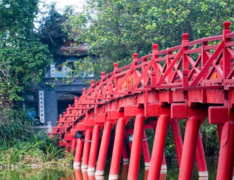 Hanoi is a city of extremes; its speed and turmoil exhilarating, its

mansions and a grand neo-classical Opera House, while the Old

The eleventh century Temple of Literature shelters manicured gardens, tessellated archways and ancient stellae. The city’s war-torn past is manifest in the decaying B-52 which rises from a city lake surrounded by tall tube houses. Hoa Lo Prison tells the tale of American Prisoners of War as well as the Vietnamese struggle against the French.

This lively, cacophonous city can seem overwhelming but its busy, noisy streets are full of life. It’s a paradise for people watchers and photographers. Hanoi’s French and Chinese heritage sit with its determined Communist history to create a city of compelling sights and fascinating traditions.

The exquisitely picturesque merchant town of Hoi An, formerly known as Faifo, was declared a UNESCO World Heritage Site in 1999 for being “an exceptionally well-preserved example of a Southeast Asia trading port dating from the 15th to 19th century”. Its traffic-free streets are lined with colourful shop houses, Chinese pagodas, communal homes and family temples, and the town glitters at night thanks to the lanterns which hang from every facade.

of My Son are within a day trip’s distance of Hoi An, as are the tragic

remains and memorial at My Lai.

​​The stretch of golden sands between Danang and Hoi An is a gleaming invitation to relax for a few days. Charming Hoi An with its preserved, historic buildings and traffic-free streets is just a short drive away.

Nearby Danang offers a very different experience; this confident, growing city has nightlife which is among the most sophisticated in Vietnam. Danang’s burgeoning economic power is epitomised by its Dragon Bridge, opened in 2013 and already a major tourist attraction. The Dragon Bridge’s changing, coloured lights illuminate the bridge at night and at weekend shows the dragon breathes fire and spurts water. The world’s greatest collection of Cham sculpture is housed in a splendid ochre-coloured building. These fine artworks are the remnants of the Kingdom of Champa which ruled over large parts of Southeast Asia from the 7th to the 19th centuries.

Pick up at your hotel then transfer to the Ba Na Hills Station. Take a

cable car to Ba Na Mountain (at 5042m, the longest and highest non-

stop, single-track cable car in the world) and enjoy a birds-eye view

of the spectacular scenery of the area. Stroll around visiting old villas,

the Linh Ung Pagoda and the Mountain Goddess Temple. Have lunch

at the Morin Hotel Restaurant. Free at leisure to explore Ba Na Hill

before heading back to Danang.

​Journey to My Son, the former religious center of the Champa

Kingdom, a sophisticated civilization which held sway over the region

from the 4th to the 13th centuries. Today, all that are left are five

archaeological sites from different periods, in a beautifully green

setting of hills and winding streams. After a brief visit to the visitor’s

center for an overview of Cham history and culture, explore each ruin

in turn, walking along forested paths.

Ho Chi Minh City, formerly known as Saigon, teems with energy and activity. From towering skyscrapers to packed street markets, the residents of Ho Chi Minh City are busy with commerce, and this city is in the midst of transformation into a modern Asian city.

Ho Chi Minh’s French Indochinese splendours include the Notre Dame Cathedral and Saigon Central Post Office, which was designed by Gustave Eiffel. Step into the Central Post Office and you step back in time to see the soaring vaulted roof, arched windows and ochre-coloured 18th century maps of this neoclassical building.

The experience of the Vietnam War (known here as The American War) runs deep in Saigon. Within easy day-trip distance, the Cu Chi Tunnels afford a gripping insight into the experience of war for the Vietcong – and you can even go into a Vietcong tunnel. Ho Chi Minh’s War Remnants Museum houses military hardware and war photography as well as disturbing exhibits which underline the horror of war. Alongside the city’s historical sites modern bars, upmarket restaurants and glitzy shopping malls are steadily increasing, testimony to Saigonese commercial skills.

Vietnam until 1945. It sits on the famous Perfume River and in the

Hue’s ancient Citadel, ringed by a wide moat, has echoes of Beijing’s

Forbidden City and includes the Imperial Enclosure which was the

centre of court life. The crumbling Citadel is undergoing extensive

restoration. Many gardens and lakes are neglected and grassed over

but the scale of the complex is still clear. The Imperial Enclosure itself has already been restored and includes the magnificent Thai Hoa Palace which glories in red and gold lacquer work and immense decorated pillars.

Hue’s Royal Tombs sit on the banks of the Perfume River. These grandiose mausoleums are positioned according to geomantic principles and contain pavilions, temples, sepulchres, courtyards and lotus ponds.

traditional Vietnamese junks sail slowly by. Over 3,000 rock islands are

scattered across this bay; according to legend they were formed from

call to stop an invasion. Enchanted by the bay’s beauty, the dragon and

her children then came to earth to live in the bay. Halong means

Sightings of dragons are rare but Halong Bay’s other glories include tiny fishing villages with floating wooden houses and shops. Many islands have caves or grottoes which can be seen on visits ashore. Nights on Halong Bay offer the relaxing sound of lapping waters underneath a vast black sky while mornings see the bay’s karsts peeking from hazy mists.

Sapa sits in the Northern Highlands in the northwest corner of Vietnam overlooking the Muong Hoa Valley. The town was established as a hill station in 1922. Sapa has become a meeting place for the various ethnic minorities who reside in the neighbouring villages. The Northern Highlands are bordered to the west by Laos and to the north by China, and Sapa has the edgy air of a border town.

Traditional handicrafts are specialities of this region and Sapa’s weekly

market is an entertaining place to buy. The local ethnic minorities at the

market make for a vivid sight in their traditional dress, especially the

Flower Hmong in their brightly-striped and checked layers. Here you

The surrounding countryside is a mass of tumbling green rice terraces, winding rivers and forested mountains. Trekking may take you to traditional hamlets to see hand-weaving or to the summit of Vietnam’s tallest peak, Fansipan.

Situated in central Vietnam, Nha Trang boasts the country’s best city beach, a 6km stretch of golden sand lapped by turquoise waters. Along this glorious coastline a modern resort has developed, and there are many hotels, swish bars, fashionable restaurants and chic gift shops. There is good snorkelling and diving here and day trips can be made to the nearby islands.

Nha Trang city itself remains largely unaffected by the resort which has developed along its shoreline, although its French Gothic Cathedral is worth a visit. The city has Cham ruins nearby, Po Ngar Cham Towers, constructed between the 7th and 12th centuries. These stone monuments continue to be used as a place of worship today.

Phan Thiet is about 200 kilometres from Ho Chi Minh City on the southernmost shore of Vietnam. Phan Thiet’s attraction is its idyllic golden beaches, seemingly designed for relaxing and gazing towards the small fishing boats on the horizon. A number of international-standard hotels occupy prime beachfront

positions and you may enjoy many luxury trappings including fine

round boats. Nearby Mui Ne is a more established beach resort and

famous for its giant orange sand dunes. The region is famous for

The vast Mekong Delta is known as ‘The rice bowl of Vietnam’ and covers 13 provinces in the south-west of the country. The mighty Mekong and its numberless waterways seep across this region and create a fertile waterscape. Rice fields, fish farms and orchards dot the countryside.

The Mekong’s floating markets bustle with trade and every boat’s prow is painted with eyes to ward off ‘river monsters’. Water coconut palms trail across the river’s surface and cycle ways perch on its banks. In addition to rice the Delta produces shrimp, coconut, sugarcane and fruit, and many small producers allow visits to observe traditional production methods. Rural home stays afford an added insight into the local culture.

Can Tho, the Delta’s largest city, is a popular base for visits to floating markets and also has excellent restaurants. Far away Chau Doc’s sacred Sam Mountain (Nui Sam) has sweeping views to the border with Cambodia. Tropical Phu Quoc Island was once known for its black pepper and fish sauce but is lauded by travellers for its diving, kayaking and fine beaches. 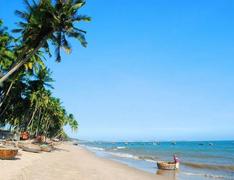 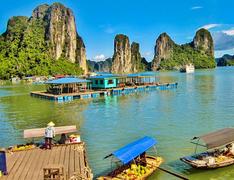 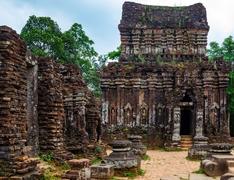 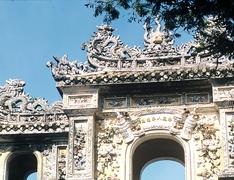 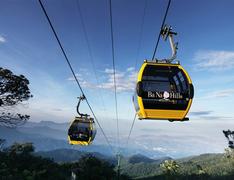 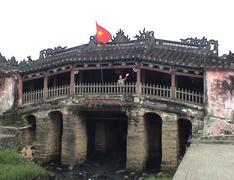