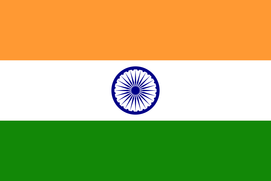 back 5 millennia. In the north, Mughal Empire landmarks include

in Varanasi, and Rishikesh is a yoga centre and base for Himalayan

​Indian cultural history spans more than 4,500 years. During the Vedic period (c. 1700 – 500 BCE), the foundations of Hindu philosophy, mythology, theology and literature were laid, and many beliefs and practices which still exist today, such as dhárma, kárma, yóga, and mokṣa, were established. India is notable for its religious diversity, with Hinduism, Buddhism, Sikhism, Islam, Christianity, and Jainism among the nation's major religions. The predominant religion, Hinduism, has been shaped by various historical schools of thought, including those of the Upanishads, the Yoga Sutras, the Bhakti movement, and by Buddhist philosophy.

Indian cuisine encompasses a wide variety of regional and traditional cuisines, often depending on a particular state (such as Maharashtrian cuisine). Staple foods of Indian cuisine include pearl millet (bājra), rice, whole-wheat flour (aṭṭa), and a variety of lentils, such as masoor (most often red lentils), toor (pigeon peas), urad (black gram), and mong (mung beans). Lentils may be used whole, dehusked—for example, dhuli moong or dhuli urad—or split. Split lentils, or dal, are used extensively. The spice trade between India and Europe is often cited by historians as the primary catalyst for Europe's Age of Discovery.