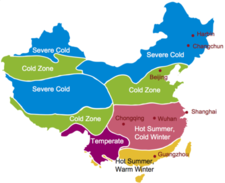 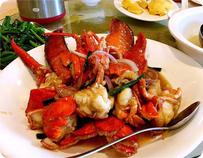 China’s climate varies greatly due to its vastness. As it lies in the northern

hemisphere, the weather is considered most temperate during the months

of April, May, September and October. The months of June, July and

August are typically hot and humid. It is cooler in the months of November

and March, while the remainder of the year will bring cold weather in

North China and moderate in the South.

The official currency used in the People’s Republic of China is Renminbi, with the exception of

Language
Despite having many variant dialects, Mandarin is the official and most commonly used language across China, with 70% of its population adept to speaking it. However, tourists will learn that English is becoming more and more widely spoken in the country especially in its major urban cities.

220 volt is used throughout China. Most 4 and 5-star hotels can accommodate use of

as they are not easily available in some hotel properties in China.

Tourists who plan on visiting China are required to obtain a Chinese visa prior to entering the country. It is also important to note the many discrete living, cultural and religious customs and standards that are being practiced in various parts of China which may be greatly different from North America.