Religion
Vietnam supports adherents of all the major world religions,

as well as followers of religions that are peculiarly Vietnamese:

Hao and Hinduism. In addition, spirit and ancestor worship

(To Tien) is also practiced. Confucianism is probably the most

pervasive doctrine of all.

People
Ethnic Vietnamese make up almost 90 percent of the population. Vietnamese culture was strongly influenced by the traditional Chinese civilization, however the struggle for political independence from China developed a strong sense of national identity in the Vietnamese people. Nearly 100 years of French rule (1858-1954) introduced European elements, but the Vietnamese still attach great importance to the family and continue to observe rites honoring their ancestors.
Various ethnic groups make up the remaining 10 percent of the population. The second largest minority is the southern Montagnards or ‘mountain people’ and the third largest is the Khmer Krom (Cambodians) who are mainly found near the Cambodian border and at the mouth of the Mekong River.
Other minority groups include Cham, remnants of the once-mighty Kingdom of Champa.

Art & Architecture
Vietnamese art flourished between 500 and 200 BC with the creation of magnificent bronzes produced by artists from China. These pieces represent some of the first and finest Southeast Asian works of art.
The ‘golden’ period of Vietnamese art and architecture occurred in the 10th and 11th centuries in the Vietnamese kingdom of Champa, on the Annamite coast.
Unfortunately only 20 of 250 former sites have survived the intervening centuries, the most famous being My Son and Dong Duong. Characteristics of Vietnamese art and architecture are the pagodas and palaces at Hue and Hanoi.

Dance & Theatre
Classical Vietnamese theatre, known as hat boi, has links with the classical theatre of China, however it is rarely seen these days. The most original theatrical art form in Vietnam is mua roi muoc or water puppet theatre. Plays are based on historical or religious themes, legends, village life and acts of heroism. Some include the use of fireworks – especially during battle scenes – while folk opera singers and traditional instruments accompany all performances. 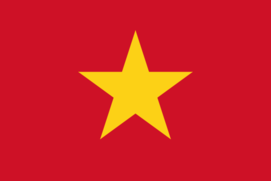