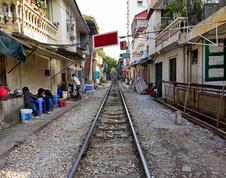 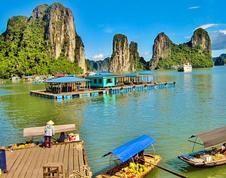 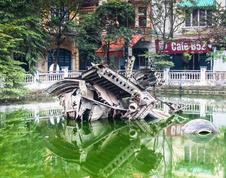 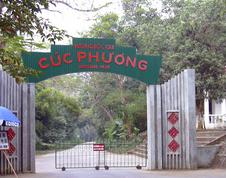 Walking Tour of Huu Tiep Lake and the Downed B52 (Half Day)
Take a stroll along Hanoi’s Huu Tiep Lake, visiting lakeside temples,

the Presidential Palace & the Botanical Gardens as you journey along

to the wreckage site of a B52, downed during the Vietnam War.

herbs, spices, sea products and many other local and exotic ingredients.

paddle boats shaped as swans. Carry on past the peaceful Quan Thanh Taoist temple and the Presidential Palace to the Botanical Gardens, the green lung of the capital.

Wander through the maze of narrow streets and crowded alleys until you emerge at a small lake containing the wreckage of a crashed B52 from the Vietnam War. End the tour with a refreshing drink under the trees of a local café.

​Explore the Art of Hanoi (Half Day)
Visit a village where an ancient form of painting has been kept alive by local families, and meet an extraordinary artist who is breaking away from tradition.

Drive to the small village of Dong Ho, famous for an age-old form of woodblock printing that dates back to the 11th century. Traditionally, Dong Ho painting was an essential part of the Tet holiday when everyone would take part in creating these colourful artworks. Several families in Dong Ho village have dedicated themselves to the preservation of this exquisite art form. By passing the original techniques down from one generation to the next they are ensuring that this unique tradition continues for many more years.

On the way back to Hanoi, stop for a visit at the studio of surrealist artist, Dao Anh Khanh. This contemporary and controversial artist is well known within Asia for breaking away from the traditional constraints. His enormous studio features a giant Thai-style wooden house filled with sculptures and paintings. Hidden within the jungle-like garden are several tree houses, a sculpture waterfall, a stream, and even a prison dungeon. Meet this larger than life person in his unusual surroundings, and enjoy some tea while relaxing in the garden and admiring the artworks.

only a few short steps from the front doors of residents.

Tour Overview:
Start your tour between the rails a few meters north of Hanoi’s main

train station. Walk along the very narrow streets hosting the rails sometimes not even a meter away from the entrance door of the houses!

Enjoy this original and photogenic scene walking along the street until 153 Phung Hung where you go back down to the road and follow the street’s sidewalk. Walk past the funeral shops and a funerary where you will probably see a group of people mourning and wearing the traditional white fabric around the forehead, which is equivalent to the western tradition of wearing black clothes.

Continue crossing the bridge and meet the car which will transfer you to Gia Lam train station. Take your train ticket and jump in to cross the bridge the other way, riding with the locals in the hard seater wagon. On week days you will stop at Long Bien as the final station and on Saturday and Sunday you will stop at Hanoi Station.

Meet the car when disembarking and transfer back to your hotel.

UNESCO World Heritage site. Depart from Hanoi in the morning

and arrive at the pier at the scenic Halong Bay area around noon.

From here you will board your charming traditional wooden junk

for an afternoon cruise.

The mystical landscape of this UNESCO World Heritage site is

where over 3,000 limestone rock islands with sheer vertical sides and topped with thick jungle vegetation, rise out of the emerald sea. The wind, rain and sea have carved out dramatic caves and grottoes in some of the islands that can be explored. Many have names that reflect the shape of the rocks such as Stone Dog, Incense Burner (Dinh Huong) and Fighting Cock (Ga Choi).

At the core of the islets, there are two wonderful caves and grottoes to visit: Thien Cung (Heavenly Residence Grotto) and Dau Go (Driftwood Grotto) before returning to Halong pier. Disembark at Halong pier at approximately 16.30 pm and return to Hanoi by vehicle.

City Tour (Full Day)
Hanoi, Vietnam’s capital, is a blend of long established traditions and modern imprints of Western influence. Begin the day visiting Ho Chi Minh Mausoleum where his embalmed body is kept for homage visits in the cooled, central hall of the mausoleum, protected by a military honour guard. The body lies in a glass case with dim lights. Take a walk from the mausoleum through the park to see the former French Governor’s Palace and the wooden cabin commonly known as Ho Chi Minh’s Stilt House in which he lived from 1958 till his final days in 1969. This humble house has been preserved just as he left it.

At the Museum of Ethnology (closed on Monday & Vietnamese New Year) you can see a comprehensive collection of artefacts and architectural models that reflect the diversified arts, cultures and traditions of Vietnam’s 54 ethnic groups that inhabit the country from the coastal plains to the plateaus and high mountains.

Head on to Hoan Kiem Lake to visit the historical Ngoc Son Temple, built on a lush green islet. Ngoc Son Temple is reached via the red painted, wooden The Huc (Rising Sun) Bridge, which was constructed in 1885. The temple was erected in the 18th century to honour the 13-century military leader Tran Hung Dao who distinguished himself in the fight against the Yuan Dynasty, Van Xuong, a scholar, and Nguyen Van Sieu, a Confucian master and famous writer in charge of repairs made to the temple in 1864. From here you can see the tiny Tortoise Pagoda at the lake’s centre.

in 1962, Cuc Phuong National Park is considered to be one of Vietnam’s

beautiful tropical birds, many of them endemic to Vietnam and Indochina.

Pita and so on. Cuc Phuong is also home to many different species of

amphibians, insects, and reptiles, many of them endemic to Cuc Phuong and Vietnam. Some species have interesting characteristics such as the viper, green tree frog and stick-insects. The ancient forest contains almost 2000 species of trees where amazing and rare animals live including the Clouded Leopard and Delacour’s langur.

​Start your journey visiting an endangered primate rescue centre where rare primates are being saved from poachers and prepared to live again in their natural habitat. Tour the centre which is run by Vietnamese and German biologists and observe the different primate species living there, such as gibbons, langur and loris.

After lunch in a local restaurant in the centre, drive 20km to the starting point of a trekking trail which leads 7km through the jungle. Visit a pre-historic cave along the way, where remains of human skeletons and stone tools have been found dating back as far as 7,500 years.

Hanoi Tuong Theatre
Enjoy a private visit to the beautiful theater house in Hanoi’s Old Quarter to meet with the troupe of actors in person and see a performance. A delightful experience for all.