Fengdu Ghost City is the legendary cave residence of the King of Hades.

In local folklore, people who die must come here to register. Here, it is

torture for their wrongdoings. The place has been an important site in the

ghost culture of China since ancient times. It is a unique tourist spot that

Wu Gorge extends 40 kilometres, from the western tip of Wushan County at

the mouth of Daning River to Badong County. Each section is named. In the

west, China tours will travel through the Gold Helmet and Silver Armor

Gorge, and in the east, the Iron Coffin Gorge. The gorge slips between scenic

peaks covered in green vegetation, zigzagging and thinning out to just 100

Shennong Stream is a natural area in north Badong County. A drive by car

Xiling Gorge, the last of the Three Gorges, starts at the western tip of Xiangxi Stream in Zigui and goes to Nanjin pass in the east, about 75 kilometres. In the middle, China travellers will see Miaonankuangu, where the Three Gorges Dam is built on Zhongbao Island. At the western section, China tours will see the Military Book and Treasury Sword Gorge, and the Ox Liver and Horse Lung Gorge. To the east, you’ll see Light Shadow Gorge and the Yellow Ox Gorge. Historically, Xiling Gorge is known as a strategically important location, as well as a place of dangerous shoals.

includes a concrete gravity dam, a sluice gate and a hydro power station

behind the dam. For vessels on the river, it includes a permanent navigation

ship lock and a ship lift. The dam is over 3 kilometres long, and 185 metres

hydro power station generates up to 84.7 billion kWh of electricity per year.

Wanxian is a small mountain town high on the banks of Yangtze River,

reachable by a long flight of steps. Merchants in the crammed market stalls

offer local fruit, nuts, basket ware and other specialties. Most cruises through

the Three Gorges anchor here for the night.​ 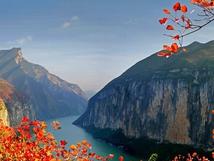 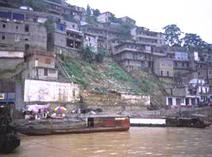 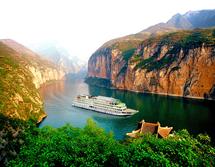 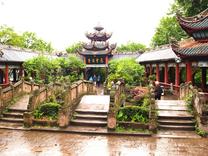 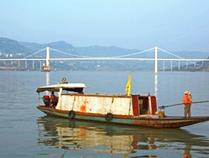 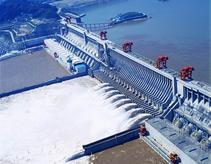 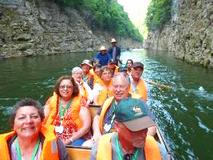 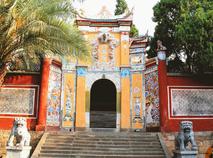