​The Terra Cotta Warriors are located in the tomb of the first emperor of China, Qin Shi Huang. In 1974, they were discovered by accident when local farmers were digging a well, and since their discovery, they’ve been called (among other things) the 8th Wonder of the World. The largest of the tomb’s four pits features an underground battle formation of 6,000 life-size clay warriors and horses. The soldiers stand in military

formation facing east. Made of local clay, each statue weighs over 300

kilograms and stands about 1.86 meters tall. Among all the statues, no

two faces are alike. This is a must-see on any tour of historical China.

The Tang Dynasty is considered the most progressive and prosperous

era in the history of China. The music and dance of this era have

become symbolic of classical China. During the Tang Dynasty,

traditional Chinese music and folk dances, which originated from sacred rituals, became a graceful art form. The Tang Dynasty show features authentic Tang musical instruments—bells, drums and zithers—for a cultural experience that is both extravagant and entertaining. During the show, spectators enjoy a traditional dumpling dinner.

Pagoda has become a symbol of Xian. It was once used by the Tang

fine view of the city for China tourists and locals alike.

best preserved ancient defense walls. It is about 10 kilometers in

​Once housed in the former Confucian Temple at the bottom of the wall, the Shaanxi Provincial Museum opened a new part to the public in 1991. This modern museum includes collections of 110,000 pieces of historic relics.

​Huaqing Hot Spring is 35 kilometers to the east of Xian. It has several

pools famous for health treatments. This site in the Lishan Mountains has

a 3000-year history, and has been the site for several palaces throughout

The famous Forest of the Stelae, housed in the Old Museum of Shanxi,

is 1090 AD collection of stelae (inscribed stone tablets), some dating

back as far as the Han Dynasty. The forest features over 2,300 stelae, some with pictures of scenery, others with classic texts inscribed. These relics are a valuable resource for the study of Chinese calligraphic art and history.​​ 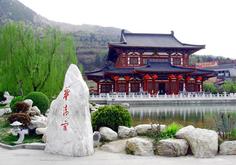 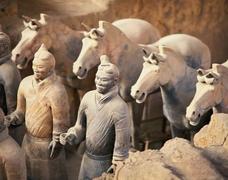 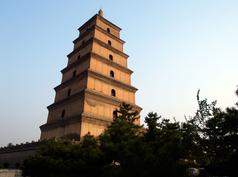 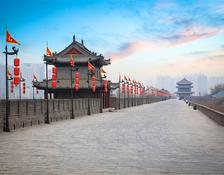