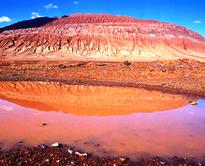 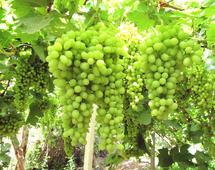 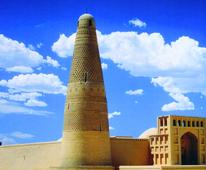 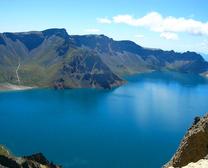 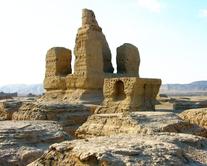 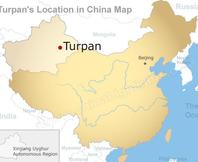 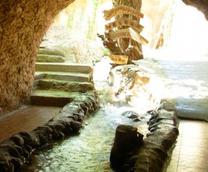 Turpan is located in the Turpan Depression in the centre of the Xinjiang Uyghur Autonomous Region. Though rugged and inhospitable, the area has much natural beauty. Called "Gushi" in ancient times, it gained its current name in the Ming Dynasty. Turpan means “fertile land,” for, despite its generally hash weather conditions, Turpan is known worldwide for its grapes, multi-coloured watermelons, cantaloupes, apricots

and, of course, raisins.

Turpan has a unique landscape. Eons of wind erosion, frost and

rainwater have sculpted the soft clay into marvelous shapes. The

Aikxun Yadan Spectacle are good examples of these natural

wonders. During the time of the Silk Road, Turpan served as a

centre for trade and Buddhism. Some historic attractions include

the Jiaohe Ruins, the Gaochang Ruins, the Bezeklik Thousand Buddha Caves, the Sugong Ta/Emin Minarets and the Astana Tombs. An extravaganza of Xinjiang’s cultural diversity, Turpan features a dizzying mix of local traditions and cultural products that are a treat on any China tour.

carved out of red sandstone hills, located at the north fringe of the

Turpan Basin. Many years of volcanic activity have formed unique

crisscrossing gullies and ravines. During the mid-afternoon the

hillsides have been engulfed by tongues of fire—hence the

mountain’s name. It stretches across the Turpan Basin 98

According to the famed Chinese novel, “Journey to the West”, when the Tang monk Xuanzang reached this place, fires raged for hundreds of miles. One of his followers, the Monkey King, extinguished the fire with a magical palm fan from the protective Iron Fan Princess.
At the foot of the mountain lie Grape Gully, Peach Gully and Tuyu Gulley, which offer a striking contrast to the barren, lifeless top. These gullies are lush, cultivated areas with greenery and flowing rivers. Every autumn, these regions produce a bounty of melons and other fruits.

Nestled high in the Tianshan Mountains, 115 kilometres west of Urumqi, through seemingly endless desert, is the aptly named Heavenly Lake. Nearly 2 kilometres above sea level, this natural paradise is hemmed in by the towering snow-capped Bagda Peak. Heavenly Lake is a natural paradise with breathtaking scenery. China travellers can watch the crystal water reflect the snow-topped peaks, the fluffy white clouds and the blue sky to create a truly breathtaking view. The banks of the lake are covered with a lush spruce forest.

at this lake whenever a local peach tree bore fruit. As this only

happened once every 3,000 years, the banquets were understandably

grand affairs. All the mortals would gather for such a long-awaited

occasion, making the lake area into a “Little Heaven,” and so it was

named Tianchi, or Heavenly Lake. Like in the legend, Tianchi's

beauty has attracted throngs of visitors from all over the world.

The Emin Minaret, or Imin Ta, stands by the Uyghur Mosque. At

44 meters in height it is the tallest minaret in China. Though this

largely Muslim area was conquered in the Qing Dynasty in the

1750s, the Chinese ruled the local population with a light hand,

and remained tolerant of the Muslim religion.

The Karez well system is the pride of Turpan. It joins the Great Wall

ancient China. The Karez wells were created out of necessity to

irrigate the arid land. This has created a vast and enduring oasis in

the middle of the inhospitable desert. Xinjiang Province has over

​Located about 10 kilometres from Turpan city, the Jiaohe ruins are some of the best preserved in China. Surrounded by sheer cliffs and twisting rivers, the town was shaped like a long strip. Jiaohe's history can be traced back to the late Stone Age, when ancient residents built their homes in a lagoon island to protect against attack from wild animals and invasions from other tribes. They dug caves to live in and chiseled passages to direct water from the rivers to the town.

Visitors can still find some remnants of the simple scraping tools,

ruin. These early residents belonged to the Cheshi (or Gushi) tribe.

During the Warrior States Period, tribes on the south side of the

Tainshan Mountain set up their own kingdoms successively. The

area around Jiaohe was controlled by the Cheshi people, who took

advantage of the ideal geographical location of the region to make

it a seat of power. According to historical documents, the Cheshi

lived in tents and were farmers. They raised cattle, camels, sheep

and other livestock. Jiaohe played an important military role in China's history. The town’s important location made it a site of many historic battles.

Grape Valley is about 10 kilometres northeast of Turpan in a gully to the west of the Flaming Mountain. Though the valley is walled in by sheer, bleak cliffs, deep inside China travellers will find a valley of intertwined grape vines. Here, cottages and adobe houses lay on gentle slopes, and flowers and

vibrant poplar trees wind among towers of grape vines. This is

began to plant grapes as early as the Han Dynasty. From here,

grapes were introduced into the rest of China.

Under the twisted vines, China tourists can peruse stalls selling

here for lunch and, if scheduled right, a Wei Minority singing and