Southwest China includes the Yunnan-Guizhou plateau, which comprises the Yunnan, Guizhou and Sichuan Provinces. The region includes minority peoples, assimilated into China centuries after the first Qin emperor conquered the area roughly covering modern China. Some of China's most spectacular scenery lies in this vast region, and climate is the most pleasant in China: warm and mild, the area’s climate has been referred to as "spring at all seasons."

Chengdu, the capital of Sichuan Province, is one of the fastest growing

cities in China. It lies about 1,500 kilometres southwest of Beijing and

has become the economic, commercial and cultural centre of the

with narrow streets of traditional half-timbered houses. It is renowned

for its silk, bamboo goods, and lacquer ware, all sold in shops

throughout this busy city.

This was the residence of one of China's greatest poets, Du Fu, who lived

compassionate from an age when compassion was rare. A shrine in his

memory was built 200 years after his death, set in a beautiful bamboo

garden where a museum houses early versions of his work.

Futoushan in the northern suburbs of the city, 18 kilometres away from

the town centre. China tourists can visit the Giant Panda Museum, a

unique museum that presents research on the giant panda. Inside the

museum, visitors can see hundreds of pictures and many scientific charts

about giant pandas. The museum also puts on exhibits, displays fossils and

provides literature on the animals. It shows practical specimens of Giant

Panda's from fossils to every part of dissection.

The Giant Panda Research Base is mandated to help preserve giant pandas as well as increase knowledge about the species and the government’s efforts protect giant pandas and their habitat. China tour packages that take visitors to the base in the morning, between 8:30 and 10:00, might have a chance to see the pandas eating. Otherwise they are likely to be engaged in their other favourite past time: sleeping!

This ancient monastery was founded during the Tang Dynasty (618 to 907 AD). Within the complex is Lohan Hall, which contains 500 Buddhist statues dating from the 17th century.

This is an irrigation system dating back to as far as 256 BC. Still in use to this day, it irrigates an estimated 1.8 million acres of land. Those on a tour to China can get a view of the ingenious engineering that has powered local agriculture for thousands of years.

Dazu, 200 kilometres northwest of the city of Chongqing, is the most colorful and best preserved of China's Buddhist grottoes. China travellers will note its famous Buddhist stone carvings. Set in picturesque countryside, the 50,000 sculptures remained undiscovered for centuries. The huge statues have been found in two principle areas: Beishan (North Hill) and Baodingshan (Precious Summit). The carvings depict legends, scenes from ancient life and sections of Buddhist scripture. Among the most famous carvings are the Thousand-Arm Goddess of Mercy, the Sleeping Buddha and the Wheel of the Universe.

​Kunming is the capital of YunnanProvince, most famous among travellers in China for its main attraction, the StoneForest. Often referred to as the "City of Eternal Spring," many China tourists often come to Kunming to enjoy its bamboo-covered mountains and the clear, blue LakeDianchi.

the rail link from Vietnam to China in the early 20th century. During

World War II, it was one end of the Burma Road supply route. There are

Yunnan, and the KunmingFolkloreVillage shows China travellers how

they live, work and enjoy their leisure time.

About 130 kilometres southeast of Kunming, China tours will see this

rock formations. Travellers can stroll through this spectacular landscape

and witness the impressive sharp angles and shadow contrasts which offer

unique opportunities for photographers. On the three-hour journey to the

430 kilometres west of Kunming, Dali is known as the "Pearl of the Yun-Gui

Plateau." China travellers can reach the city from Kunming by a one-hour

flight or an 11-hour drive along the historic Burma Road.
Dali is a striking site for China tourists, for both scenic and historic reasons.

while the Cangshan Mountains provide a spectacular backdrop. Dali was

already a thriving trade centre by the 2nd century BC. Today it is home to

the Bai nationality.
From Dali, visitors can take a seven-hour bus ride north to the town of Lijang. Here, in the shadow of Yu Long (Jade Dragon) Mountain, the Naxi people have maintained their language and the customs of their ancient matriarchal society.

The Butterfly Spring, formerly known as the Bottomless Pool, is located at the foot of the Yunnong Peak of Cangshan Mountain, to the north of Dali City. According to legends, long ago a beautiful maiden named Wen Gu, who was spotted with her lover by a local despot. The despot wanted her as his concubine, but the girl refused, and she and her lover drowned themselves together in the pool. Then, a pair of butterflies appeared in the bottom of the pool and flew out. To this day, on the fourth month of the lunar calendar, thousands of butterflies fly around this magical place, linking head and tail and hanging from the branches of an ancient camphor tree like colorful beads.

Cangshan Mountain, northeast of Dali city. The three pagodas stand in the

former location of the ancient Chingsheng Monastery once stood. The

principle structure, the Qianxun Pagoda, was started in 836 AD, during the

reign of Kaicheng of the Tang Dynasty, and was completed in 876. This

160-floor pagoda is about 70 metres tall, with upturned caves at each layer.

In the central part of each facade, the pagoda’s creators built a shrine and

installed a white marble Buddhist statue. The other two pagodas are 10

storeys (420 metres) tall. Built with solid bricks in octagonal shapes, each story was carved with a shrine, a Buddhist statue and lotus flowers.​ 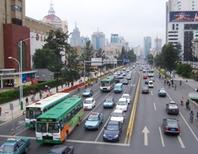 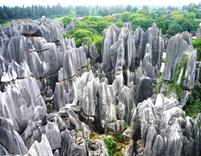 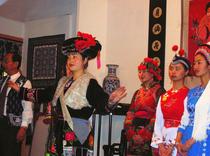 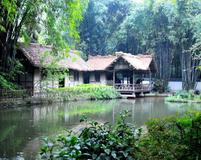 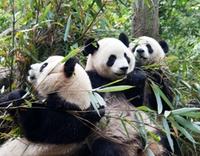 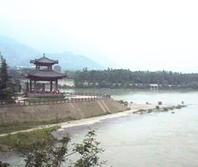 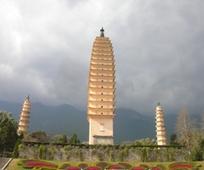 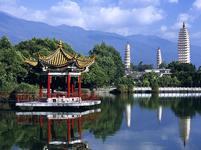 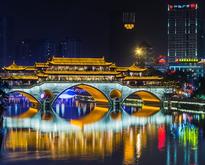 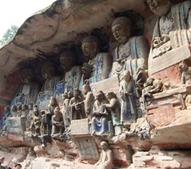 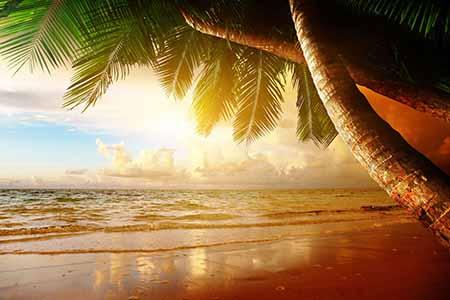 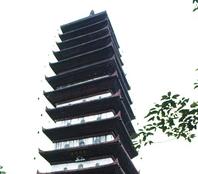