the China to the Middle East and Europe. Although many commodities passed

along the route, silk remained the most desired by the West because its

production remained a mystery outside of China. The Silk Road transformed

China's frontier towns into bustling trading centres, and the route remained in

constant and busy use until the mid-14th century. The starting point for

Chinese exports was Xian, in China's interior, and it passed numerous Chinese

cities as it wound its way west.

​An ancient capital of China, Luoyang was another historic starting point of the

Silk Road. Luoyang is famous for its Longmen Grottoes, 1,352 caves

containing more than 100,000 images of Buddha dating from the late 5th

century AD to the mid 8th century. Along with the renowned caves at

Dunhuang and Datong, the Longmen Grottoes are an essential sight for those

who travel to China with an interest in monumental Buddhist art.

This city, near Jiayuguan Pass, marks the western end of the Great Wall, with

a massive towered castle and two three-storey gates to the east and west.

Jiuquan was the traditional boundary of Han China.

Dunhuang, in Gansu Province, holds an important place in the spiritual

history of China. It served as the gateway through which Buddhism, Islam

and Christianity passed into China. It’s also the home of the Mogao Grottoes,

the oldest of China's three monumental Buddhist grottoes. According to a

Tang-dynasty historical text, the monuments were started by a monk named

Le Zun and date back to 366 AD. The monk’s followers created a thousand

more statues in about 1,000 caves over the course of thousands of years,

most of which remain on site today. The caves were made a national

monument in 1961, and are a crucial part in any China tour package that

One of the most interesting towns along the Silk Road, Turpan presents a

dazzling mix of cultures and time periods. Here, China travellers will feel the

houses. The Uyghur and Hui peoples account for most of Turpan's

predominantly Muslim population, and they retain much of their traditional

lifestyle. China travellers with a taste for fresh fruit will be thrilled to test the

Urumqi is the capital of Xinjiang Uyghur Autonomous Region. Located in

northwest China on the Silk Road, Urumqi covers an area of 72 square

kilometres with a population of 800,000. The renowned Museum of Xinjiang

artifacts, dating back to the Stone Age. A 110-kilometre trip from Urumqi

brings China travellers to the Tianchi (Lake of Heaven), an astonishing lake 1,830 metres above sea level. Scenic boat tours are available, and offer wonderful views of an unforgettable waterfall. Urumqi has long been known for crafting amazing carpets. A trip to the Urumqi Carpet Factory will show China tourists how the locals have preserved this craft through the ages, and give travellers a chance to purchase authentic Urumqi carpets. 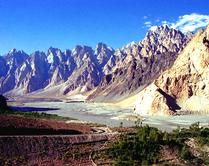 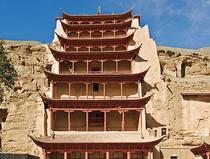 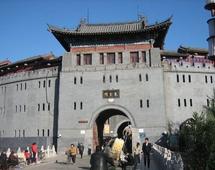 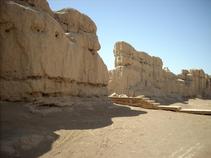 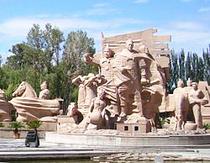 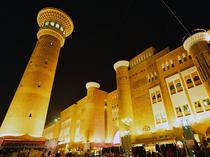