Shanghai is the largest city in the world by population in city proper. The city proper, which occupies 750 square kilometres, is strategically situated on the banks of the Huangpu near the mouth of the Yangtze.

Shanghai became a town of importance in the 13th century when it was named a county seat. Tourists can still see old Shanghai, or the Old Town, which, until the early part of the 20th century had its own wall. The colonial legacy of Shanghai is a particularly complex. 19th century treaties gave up large areas of the city to the British, the French and, later, the Americans. Modern day Shanghai bears many

and French villas, and the Liverpool-style waterfront that

seamlessly marries European style with a Chinese setting. The

kilometres. Within this new area is the Free Trade Zone of

from both Chinese and foreign investors.

Today, Shanghai is a global epicentre of industry, commerce, technology, finance, transportation and communications. Known as a nightless city, many shops open for business nightlong, under flashing neon lights. It’s no wonder that this city attracts so many travellers from all around the world. This cosmopolitan city is a must-see on a tour to China from Canada, where people can experience Chinese society of the past and present.

​Tianzifang is an arts and crafts enclave that grew out of a renovated residential area in the French Concession area. It comprises a neighborhood of labyrinthine alleyways off Taikang Road. Tianzifang is known for craft stores, coffee shops, art studios and narrow alleys. It has become a popular tourist

destination in Shanghai both for its preservation of local Shikumen

architecture and its unique cultural offerings.

Nanjing Road is Shanghai’s shopping haven. It offers an array of

stores, restaurants, sweet shops and nightclubs. It’s truly a must on

any China tour to Shanghai.

This 1700-year-old water town, located near Shanghai has a history is well known all across China. This town is sometimes referred to as the 'Pearl Stream'. The old-fashioned bridges and beautiful riverboats make Zhujiajiao are a must visit destination.

The Huangpu River flows through the city of Shanghai. A cruise on this 110-kilometre river offers China travellers a wonderful view of Shanghai's urban buildings, new industrial zones and the Yangtze River estuary, in luxury and style.

The Bund, also known as the Wall Street of Asia and, during the Cultural Revolution, Revolution Boulevard, stretches for approximately 1.6 kilometres along the Huangpu River. Distinctive ‘30s-era buildings line the waterfront, among which the elegant Peace Hotel towers over the city offering wonderful views. The waterfront park is a popular meeting place for locals and tourists alike, and the side streets offer quaint ‘20s- and ‘30s-style restaurants and shops.

Situated in the People’s Square, the ShanghaiMuseum is a museum of ancient Chinese art with a collection of over 120,000 pieces. The building has a round top and a square base, in keeping with the ancient Chinese perception of the world as "round sky, square earth.”

metres, it has an attractive restored main hall and contains the

remarkable Jade Buddha, one of two brought back from Burma by a

local abbot. The most famous is the seated Buddha statue carved out

of a single piece of white jade, standing 1.9 metres tall and weighing

one tone. Visitors can also see a number of ancient sculptures, rare

paintings and Buddhist scriptures housed in the temple.

The Children’s Palace provides after-school education for children between the ages of 6 and 16. Here, children participate in over 100 different interest groups ranging from the arts to applied technology and attend a variety of literary and art performances.

This is where Dr. Sun Yat-Sen and his wife lived from 1918 to the

end of 1924. The garden-like residence is set amid old camphor

they were during this time. Notably, this house is where Dr. Sun

Yat-Sen, Li Dazhao, and other representatives of the Chinese

cooperation and the reorganization of Kuomintang.

In this Shanghai carpet factory, China tour-goers can see thousands of workers making rugs and carpets of all sizes, colors and descriptions. The weaving department is one of the most active and fascinating sights for tourists. Items can be purchased and shipped back home to Canada and elsewhere on request.​

Jade carving is an ancient Chinese art. Visitors on a China tour package may have a chance to see the handiwork firsthand. Jade is used for both small figurines and large works of art, which can take months to finish.​ 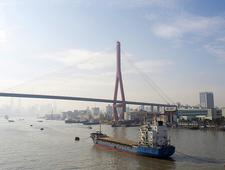 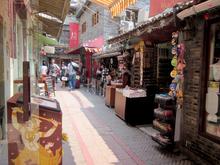 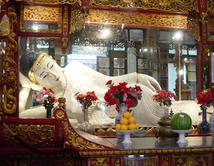 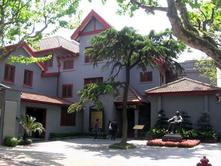 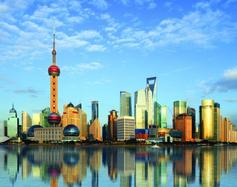