Kashgar is in the extreme west of China and the Southwest

extreme of Xinjiang. It lies on the junction between the north

and south branches of the old Silk Road, making it an extremely

important trade city. The local population is a mixture of Uyghurs,

mid-Asia. Traditionally, the bazaar was held only on Sundays.

Now it is divided into two sections now: a livestock district that

open only on Sundays, and a general district open every but

The Tomb of the Fragrant Concubine is named for the grand-

daughter of the famous Abakh Hoja, who was the concubine of

the Chinese Emperor Qianlong, She was said to have been born

with a beautiful fragrance. The buildings here demonstrate the

grand style of the royal family of ancient Uyghur.

This 2000-year-old city is full of historic buildings. Many were

once home to important historical figures. Every one of these

streets can tell a story of the past.

Id Ka mosque is the largest mosque in China. Every Friday, it

houses nearly 10,000 worshippers, though it may accommodate up 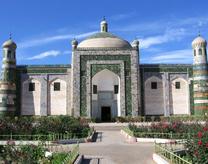 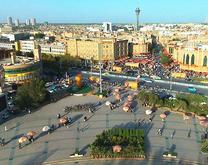 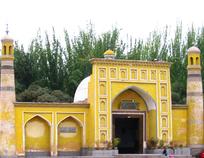 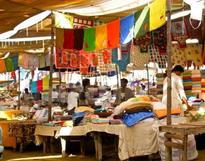 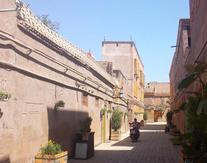