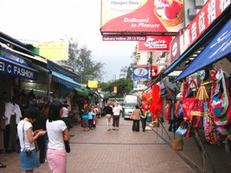 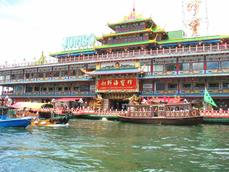 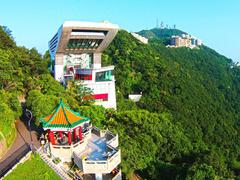 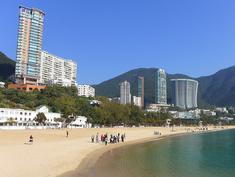 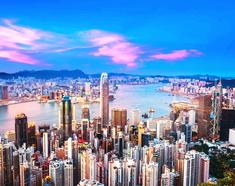 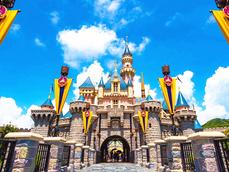 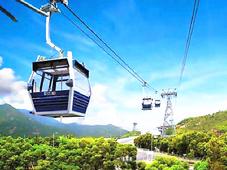 Sea to the south and bordering the Guangdong Province to the

north. It has one of the world's most liberal economies and is a

Formerly a British colony, Hong Kong was handed over to the

PRC in 1997. As a special administrative region, Hong Kong is

Country, Two Systems.” Under this policy, Hong Kong retains its

own legal system, currency, customs policy and immigration laws. Hong Kong also maintains its own delegation in most international organizations, such as the Asia-Pacific Economic Cooperation, and international sport events, such as the Olympic Games, under the designation "Hong Kong, China". Finally, travellers will note that Hong Kong still maintains British road rules, with traffic continuing to drive on the left. China’s responsibilities for Hong Kong are limited to defense and the diplomatic relation.

​In 1868, the British governor Sir Richard MacDonnell built his

summerhouse on the peak. As wealthy European merchants

moved to Hong Kong, this became an exclusive residential area

for the wealthy. In 1881, Alexander Findlay Smith, built a tram

route to the peak to increase business for his hotel. Soon visitors

from all over the country were able to enjoy these beautiful

VictoriaPeak stands at an altitude of 552 metres, making it the

highest mountain on the island and also the top tourist attraction in Hong Kong. On the peak lies the PeakTower, a great place to dine and shop for souvenirs. Inside the tower, China travellers can visit Madame Tussauds, a wax museum with figures of over 100 famous celebrities; the Viewing Terrace, with a 360-degree view of Hong Kong; and a Sky Gallery that showcases brilliant artworks.

​Repulse Bay was used as a base for pirates, and much feared

by local merchant ships. In 1841, the British Royal Navy fleet

was brought in and stationed here to “repulse” pirate activity;

destination for China tourists and locals when the bay was

turned into a beach in 1910. At the entrance to the bay, visitors

will note large statues of the goddesses Kwun Yum and Tin Hau,

the protectors of fishermen.

Island, Stanley Market is a popular shopping destination for tourists.

souvenirs. Stanley Market is also home to many Cantonese

restaurants, which serve up traditional delicacies.

This harbour is home to many residents and fishing boats. For

travellers looking for quality seafood, a visit to the Aberdeen

Fishing Village is a must in a Hong Kong tour packages.

The fifth Disneyland in the world opened to visitors on September

land. This is an excellent destination to bring children.

Town Centre and Ngong Ping, on LantauIsland. The Skyrail on the

Country Park. The ride lasts about 20-25 minutes. The Skyrail also

passes by the Tian Tan Buddha Statue, which is the world's largest,

main attractions: Walking with Buddha; Monkey’s Tale Theatre; and the Ngong Ping Tea House. Dining and shopping are also available at the village.