Dunhuang (once known as Shazhou) is at the western end of the Hexi Corridor. Dunhuang is home to many spectacular tourist attractions, and is listed as a state historic and cultural city.

The Mogao Grottoes, also known as the “Thousand-BuddhaCaves,” are the oldest of China's three monumental Buddhist grottoes. Located 25 kilometres southeast of DunhuangCounty, these caves are carved out of the sandstone cliffs of MingshaMountain. According to a Tang-dynasty historical text,

contribute to the site, creating a thousand more statues in about

1,000 caves over the course of thousands of years, most of

featuring a cultural treasure house of 2,000 statues and over

named for its shape. It is about 100 metres long and 25 metres

wide, and has fish and water weeds with legendary healing

properties. Though the area is often hit by windstorms that

impede visibility, nobody in hundreds of years of civilization

has ever seen the spring covered by sand.

The Mingsha (Sighing) Sand Dune is another piece of

spectacular scenery in Dunhuang. The dune, a high hill covered

wide. On some days the sand roars like thunder, and is audible

from the city, hence the name. China travellers climbing up to

to collapse with them producing loud sounds. Nobody knows

exactly how this wonder of nature was formed. Legends claim

that a dragon prince, angry at being awakened by celebrating

people, covered a whole city in sand. This story claims that the

sounds of the dune are from the souls of the dead, trapped 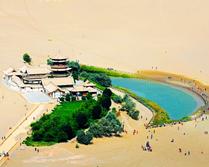 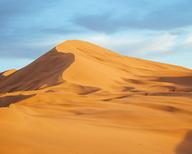 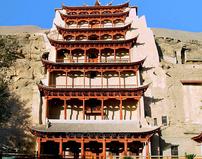 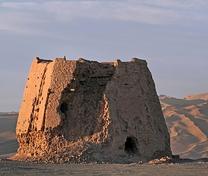 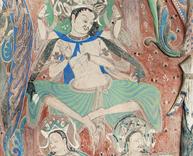