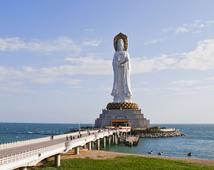 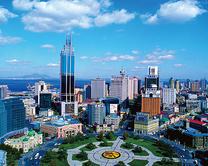 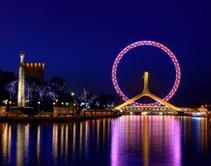 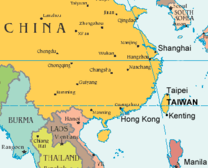 to the eastern border of Vietnam, passing through four major bodies

of water. A journey along the coast offers magnificent scenery and

climatic extremes, from the cold-water port of Dalian to the tropical

of China. Despite its cold climate, Dalian has been named the most

livable city in China for its good air quality and clean, uncrowded

streets. The port city’s complicated history has been heavily influenced

by Japanese and Russian interests.

Thus the city has a unique look that combines Japanese, Russian and

excellent beaches, and its streets are lively and peppered with

well-known seafood restaurants where visitors can enjoy many fresh

Park, which features rock formations of crouching tigers, and the

northeast, just south of the Yan Mountain. Under the control of

Western powers in the 19th century, Tianjin maintains a European

atmosphere. In modern China, Tianjin has become an important

trading port because it connects many rivers and provinces of North

China with the Pacific Ocean. It is a bustling city and a modern

metropolis with style, famous for its carpet factories and attractions

Water Park, the Tianjin Arts Museum and the Dabei Temple.

Hainan Island is an enormous tropical paradise southwest of

Guangzhou. This island remains a magnificent reserve of natural

beauty, mostly untouched by developers, but with a luxurious getaway

oasis in the South China Sea.

and select a beach resort, guesthouse or private villa in the island's

dense, green hills. The cities of Haikou, the capital of Hainan, and Sanya are nearby. Both cities offer superb amenities to travellers. Sea Beach in Sanya is a spectacular 7.5-kilometre-long beach covered with fine white sand with warm water year round. Sea Beach ideal for water sports like water-skiing and yachting. Tianya Jaijiao, a group of huge stones engraved with the characters for “End of Heaven” and “Corner of the Sea”, is another must see attraction on the beach of Sanya. Against the scenic background of mountains and sea, this beautiful area is extremely popular among China tourists.​​