Tian An Men Square, which lies just south of the Forbidden City, is between two ancient monuments: Tian An Men to the north and Zheng yang men to the south. Able to accommodate crowds of up to one million people, Tian An Men Square is considered the largest city square in the world. The Great Hall of the People sits on the west side of the square, and the National Museum of China sits opposite, along its east. The Chang’an Avenue, notable for its association with many symbolic events in Chinese history, lies before Tian An Men gate.

The square is commonly used as a venue for China's important

​Temple of Heaven in Tiantan Park

Standing in the 270-hectare TiantanPark, the Temple of Heaven is

China's most famous temple. This is the holy place where emperors

of the Ming and Qing dynasties prayed for good harvests, made

sacrifices, and worshipped Heaven. The whole area is enclosed by

a wall shaped according to Chinese spiritual beliefs, with a round

northern section to represent heaven and a half-square southern section to represent earth. On each end of the temple sit the principle buildings: the Qiniandian (Hall of Prayer for Good Harvests) and the Huangqiongyu (Imperial Vault of Heaven), which houses the famous Echo Wall and Triple Sound Stones. Outside of the temple, TiantanPark is a great place to see local seniors enjoying daily life as they sing, dance, play sports and practice martial arts.

A hutong is a traditional style of residential neighbourhood popular in northern China. Hutongs consist of lines of siheyan, houses built around courtyards, separated by narrow alleyways. China travellers can enjoy a glimpse of the old Beijing as they are escorted through the narrow alleys on a traditional Chinese pedicab before meeting with a local family.

The word hutong came from the Mongolian language about 700 years ago from the word hottog, or "water well." Water wells, were, of course, places where settlements tended to grow.

Today in Beijing, the word “hutong” refers to a small street or

lane between courtyards or an actual community within the city

consisting of hutongs and residences. Most hutongs were built

hutong has a name and some have had more than five

names in the past.

​The Legend of Kung Fu Show

The Legend of Kung Fu Show takes the audience back thousands

of years to the mysterious Middle Kingdom. It follows a young

monk in an ancient temple on the side of a mountain who, through practice of Zen Buddhism and kung fu, reaches enlightenment. This professional performance features amazing stage design and real kung fu. It’s both a cultural experience and a treat for the senses.

Built for the 2008 Summer Olympics in Beijing, the National Stadium is a visually striking feat of modern engineering. The main body is framed by crisscrossing steel supports that cup the bowl shaped seating area—hence its nickname, “Bird’s Nest Stadium.” The stadium has become a popular tourist

destination in Beijing as well as a symbol of modern China.

The Beijing National Aquatics Center, also known as the Water

Cube, is an aquatics center built beside the National Stadium to

house the aquatic competitions in the 2008 Summer Olympics.

This is where swimmers broke 25 world records. After the

Olympics, the building underwent a 200 million Yuan revamp to

turn half of its interior into the world’s largest water park. The

distinctive look of this giant cube makes it a must-see on any China tour.

Perhaps the best known of Beijing’s historical wonders is the Great Wall of China. Though the 8,850-kilometre Wonder of the World passes through many northern Chinese cities, Beijingis home to one of the best-preserved sections, the Badaling section. It’s a popular section for China tours, solo travellers and locals alike.

Located about 20 kilometres from the city centre, the SummerPalace is a sprawling imperial estate, home to many diverse gardens, palaces, classical structures and the man-made KunmingLake. In this idyllic setting, Qing royalty spent leisure time and celebrated important events. 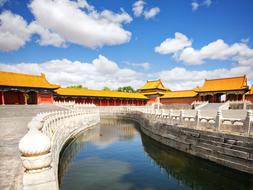 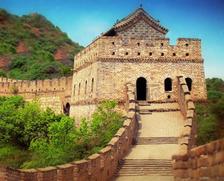 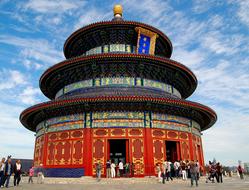 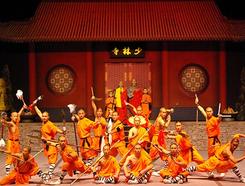 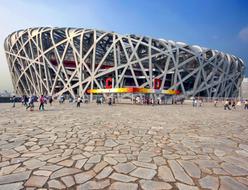 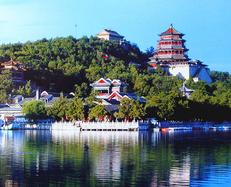